Hello! We are very pleased to announce the first Feel It release of 2017: 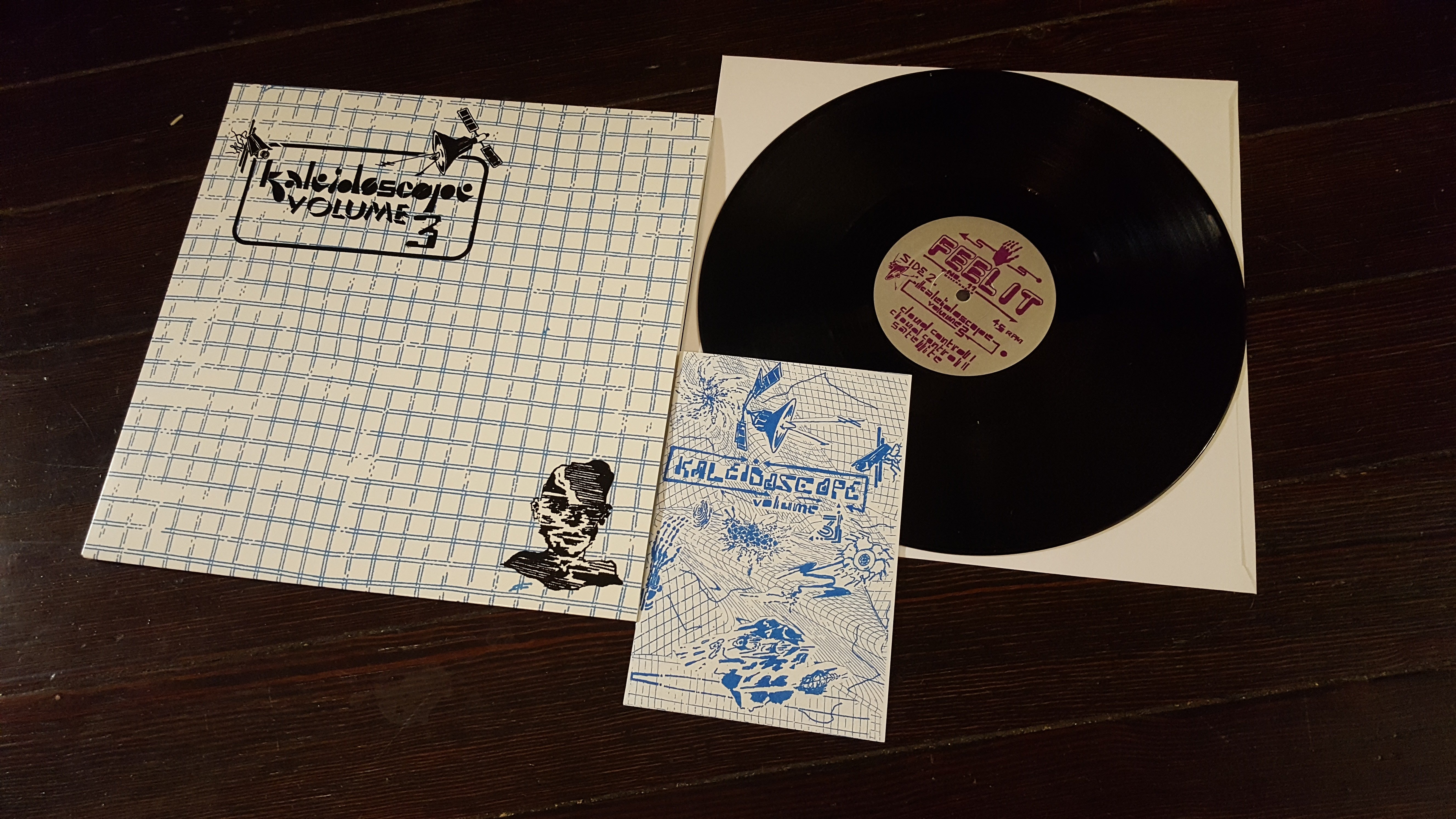 Kaleidoscope are a rare group, having continually evolved and expanded in form since their inception. Volume 3 marks the first Kaleidoscope release of 2017, a masterfully crafted follow-up to several cassette releases on their own D4MT Labs imprint and a 7” EP on Katorga Works. Since then, the three members of Kaleidoscope have taken up residency in a shared Brooklyn apartment and basement studio. In doing so, their collective spirit of creativity and resourcefulness has risen to an all-time high.

The six tracks on Volume 3 serve as a testament to the group's unique and unwavering commitment to an original sound – one that is undoubtedly crafted with a well-refined taste for international punk and hardcore, but also embraces experimentation. Engineered entirely in the group's home studio and layered with original samples, overdubs, and guest instrumentation from an ensemble of friends. The end result is simple – a highly impressive production that commands repeat listening.

Volume 3 is presented with the recognizable aesthetic of previous Kaleidoscope releases, directed by guitarist/vocalist Information Man [SHDK], though truly a cohesive group effort. Packaged with a Risographed lyric booklet that serves as a proper companion piece to each transmission. FEEL IT 11.

NEXT ON FEEL IT:
Up next on Feel It is a reissue of The Landlords Hey! It's A Teenage House Party! LP from 1984. A fantastic 21 song Hardcore/punk album from my hometown of Charlottesville, VA. We just received the remastered audio from Dave Eck at Lucky, so here is a preview track. Look for the LP later this summer - and in the meantime check out The Landlords Fitzgerald's Paris LP that we issued on Feel It in 2016.

OTHER NEWS:
I just returned from a short Fried Egg tour around It's Cold Outside Fest in Toronto. All of the shows were a blast and it was a real pleasure to meet some of you in person! Fried Egg has a brand new 7" EP out on Beach Impediment Records entitled "Back and Forth". You can jam it here. We will also be touring the West coast around Olympia Hardcore Fest from July 27-August 9...more info on that soon!

And one final note - CHRISTI just announced that their final show will be on 8/25 in Richmond @ Strange Matter w/ Sheer Mag, Haram, and Birth Defects. Christi will be missed, as they were a very important band in our eyes, especially in Richmond. They will have cassette copies of their final recordings at this show. We wish them the best in their future endeavors!

That's about it for now, stay tuned and stay cool.
Sam